Watching Trump’s refusal to concede the presidency reminds me of the final lines of TS Eliot’s appropriately named poem, The Hollow Men: “This is the way the world ends / Not with a bang but a whimper.” Substitute “presidency” for “world”, and that is how I expect him to finally leave the White House.

However, there are some who believe he will need to be dragged from the White House on Inauguration Day by the Secret Service. I don’t think that will happen. Trump isn’t a complete fool. Were he to contemplate another run at the presidency in 2024, a refusal to concede this time could prevent his less fervent followers from voting for him. Trump is without doubt a narcissist with a very fragile ego and totally lacking in self-awareness. He lacks empathy and is spiteful. He’s also vengeful. That last quality, coupled with his eye constantly on the main chance, suggests to me that he will spend his final days plotting some revenge. 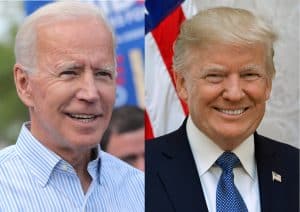 There is talk of him starting a rival network to Fox News, one suggestion being that he could take over Newsmax or even One America News Network. Others say he will try to leave the incoming president with even more headaches to deal with, thus causing the new administration to get bogged down cleaning up after him. He can still issue executive orders.

It’s said too that his constant claims of electoral fraud give him an opportunity to raise funds from his devoted followers. There is evidence of that. If so, it shows just how exploitative he can be. Republicans who are still supporting him are probably doing so to keep the base fired up for the Georgia senate runoffs.

I was amused to read that during the MAGA demonstration in Washington DC on November 14, Trump’s motorcade sailed past them as he went to play yet another round of golf. Trump’s indifference to even his most ardent supporters when it doesn’t suit his interests tells you everything you need to know about the man.

I’ve no doubt he’ll stretch out his refusal to concede as long as possible, which could mean waiting until after the New Year. Then he’ll contrive some face-saving reason (the “whimper”) for accepting the inevitable.